How it will feel to wear Google Glass


How it will feel to wear Google Glass 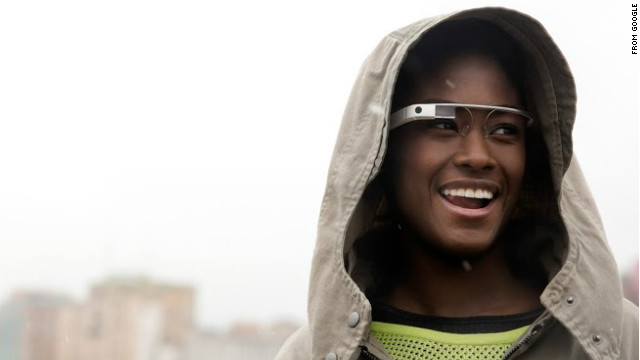 Google's Glass headset is capable of taking photos, recording videos, looking up answers on Google and other tasks.
STORY HIGHLIGHTS
(CNN) -- What would it be like to wear Google Glass? Google


(CNN) -- What would it be like to wear Google Glass? Googleanswered that very question Wednesday morning, posting a lot more information about Project Glass, including the user interface, through a series of photos and videos.
You can see the UI and some of the features of Glass here, although the images don't quite capture the exact experience. The headset doesn't actually have lenses in front of your eyes, just a small screen (viewable via a mirrored glass block) above and to the right of the wearer's right eye.
As such, the point-of-view images that show a large action window in the center of the field of view are a little misleading.
Still, the photos, posted on Google's Project Glass website, show more about how Glass works than any photo of the hardware could convey.
This video shows even more: Commanding the headset is as easy as uttering the words "OK, Glass," a clever use of real-world speech to engage the device's listening mode. 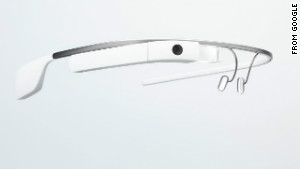 Google Glass won't likely be available to consumers until 2014.
SEE ALSO: How Google Glass Could Change Advertising
Once engaged, Glass is capable of taking photos, recording videos, looking up answers on Google, showing reminders (such as for a flight) and sharing whatever you're looking at — either via messaging or through a Google+ Hangout.
As Google co-founder Sergey Brin himself revealed previously, Glass will also have anautomatic picture-taking mode, snapping pics at a preset intervals (such as every 5 seconds).
Google also launched a contest with its own hashtag (#ifihadglass), challenging anyone to come up with creative uses for Google Glass that can be explained in 50 words or fewer. Winners will get the chance to buy their own, along with developers, when they become available. The price: $1,500, plus tax.
Are you impressed with how Google Glass works? Let us know in the comments.
Posted by GeekToGoUSA.com at 11:10 AM 2 comments:

Microsoft's forthcoming PC and tablet OS has lots of good stuff for those willing to look
We're just a few months away from Windows 8's final release. A new operating system can be overwhelming, and not all the changes and additions will appeal to you, but a lot of good stuff in Windows 8 is getting lost in the complaints about what Windows 8 doesn't do so well.

[ Windows 8 is coming, and InfoWorld can help you get ready with the Windows 8 Deep Dive PDF special report, which explains Microsoft's bold new direction for Windows, the new Metro interface for tablet and desktop apps, the transition from Windows 7, and more. | Stay abreast of key Microsoft technologies in our Technology: Microsoft newsletter. ]

8 cool new features in Windows 8
First, here are the eight new capabilities I believe you'll quickly warm up to:

1. The charms bar: I'm finding the charms bar (which appears on the right side of the screen if you click or swipe there) to be much more helpful than I'd originally thought. For example, click or tap Settings, then Power to put the computer to sleep. The charms bar has icons for setting preferences, searching, sharing, and switching between the Metro environment and the Windows 7 desktop.

2. Microsoft Store: I love that I can get Metro apps from the store for my PC now just like I do for my Windows Phone.

3. Windows Reader: With this built-in app, I can open a PDF and highlight paragraphs or use the stylus on a tablet to make notes in the file. Speaking of PDFs, you can also bring PDFs into the forthcoming Word 2013 and work with their text in Word.

5. Storage spaces: This feature helps to protect you from a drive failure by letting you can pool multiple drives, à la RAID redundancy.

6. File history: This new, simplified way of saving copies of your files lets you get previous versions back if the current file is lost or damaged, similar to OS X's Time Machine utility.

8. Windows to Go: With the Enterprise Edition of Windows 8, you can put your Windows environment on a USB thumb drive and take it with you for use on any PC compatible with Windows 7 or 8. IT can manage these Windows to Go images via Windows Server.

1. Start screen search: Do you need to find a file or an app fast? Head over to the Metro Start screen and begin typing. Windows will automatically search for what you type and show you the results quickly. There's no need to open a search box.

2. "Power user" menu: Place the cursor in the lower left of the Windows Desktop screen (a hot corner) -- to the left and below any application tiles -- and right-click the thumbnail image that appears. You can now open the new "power user" menu that gives you quick access to some of the most used features in Windows for techies and enthusiasts. Note: You can also press Windows-X to bring up this menu, but there is no touch gesture to invoke it on a tablet.

3. Shutdown and sleep: One of the most confusing aspects to Windows 8 is how to shut it down or put it to sleep. From the charms bar, click or tap Settings, then Power in the pane that appears. You then get options to sleep, shut down, or restart. If you have a physical keyboard, you can also press the traditional Ctrl-Alt-Del to bring up these options.

4. Picture password: On touch-enabled devices, you can choose a picture and a gesture (or mouse movement) you apply on it to be your password. To set that picture password, choose Settings in the charms bar, click or tap Change PC Settings, and select Users in the pane that appears. From the charms bar, select Settings > Change PC Settings > Users, followed by Create a Picture Password.

6. Organize Metro Start screen tiles into groups: You can "semantic zoom" (using a pinch gesture on screen or mouse pad, or using your trackball) out of your normal Smart Screen to view all app groups. You can move your groups around as a block. Right-click the block and give your groups a name.

7. See what's running: From the Windows 7 Desktop, press Windows-Tab to see what apps are running. For more details, press Ctrl-Shift-Escape, and select More Details for an improved view.

8. Get the Start orb back: There's no built-in way in Windows 8 to get this missing feature, which makes it a lot harder to access commonly used applications in Windows 8. (Tip: Pin those apps to the Windows 7 Desktop's task bar so that you can open them from there.) Or download Stardock's free Start8 utility to get a Start orb.

Windows 8 keyboard shortcuts and hot corners you should know
Working faster usually involves some kind of shortcut. Windows 8 provides a bunch of shortcuts using the Windows key (which means you need a physical keyboard to enter them), as well as hot corners you can click with a mouse that make other features available.

Here are the essential shortcuts:

Lower left and upper left: This shows a thumbnail preview of the Metro Start screen, the last-opened Metro app, or the Windows 7 Desktop; click the thumbnail to switch to the item. If you scroll down from the upper-left corner's thumbnail or up from the lower-left corner's thumbnail, a pane appears with all open Metro apps, the Windows 7 Desktop, and the Metro Start screen; click the desired thumbnail to open its item.
Upper right and lower right: These hot corners open the charms bar.
On a touchscreen PC or tablet, you can accomplish the same functions that the hot corners provide via a mouse. For example, slide one finger from the left side of the screen to switch to the next open application, the Windows 7 Desktop, or the Metro Start screen (whatever Windows 8 sees as "next" in its list of running apps). To see the thumbnails of those running apps, slide your finger to the right from the left edge; when the thumbnail for the "next" app appears, slide to the left until your finger approaches the screen edge. Just don't release your finger when doing the motion reversal! To open the charms bar, slide one finger to the left from the right side of the screen.

There are certainly many more features in, as well as tips and tricks for, Windows 8. I'll share those as Windows 8 nears and is released, building on the essentials revealed here.
Posted by GeekToGoUSA.com at 12:22 PM No comments:

Mineta San Jose International Airport officials announced their plans to recommend the approval of an $US82 million facility, shown in this rendering, that would be used by Google and other companies in Silicon Valley. Photo: San Jose International
Mineta San Jose International Airport officials are urging the city to approve construction of an $US82million ($79.5m) facility that would house jets flown by Google executives.
The proposed 29-acre facility would sit on the airport's west side and accommodate Google's and other clients' jets. It would be developed and managed by Signature Flight Support.
The facility would include an executive terminal, hangars, ramp space and aircraft servicing facilities.

Another rendering of the hangar. Photo: San Jose International
According to a San Jose Mercury News story, Google's top three executives have at least eight jets, including a twin-aisle Boeing 767 passenger jet that is commonly used by airlines for transcontinental flights.
Advertisement
Airport officials said they are recommending approval of the facility because it would help pump up the local economy and the airport.
If the facility is built, Signature Flight Support would pay the airport $US2.6 million each year and $US400,000 in annual fuel fees, according to a release by the airport. Additionally, the project would create 36 permanent jobs and 150 to 200 temporary construction jobs.
An additional 370 direct and indirect jobs would be created as a result of the project. The airport estimated that the facility would generate $US70,000 in taxes annually in its early years and more than $US300,000 on its fifth year and beyond.

Posted by GeekToGoUSA.com at 10:36 PM No comments: